PAXCON® was created and developed by LINE-X® as a high-performance, blast-resistant coating suitable for a wide variety of applications. LINE-X is constantly looking for new and innovative uses for its polyurethane/polyurea-based products. It is this pioneering spirit that led LINE-X to explore new blast and spall mitigation technologies, against the backdrop of increasing homeland security concerns and anti-terrorist tactical development. PAXCON protective coatings have been recognized by the U.S. military and the defense industry for their high levels of protection.

PAXCON is utilized by government and military contractors, as well as private security firms to safeguard assets. Critical buildings can be coated with PAXCON to help protect personnel against bomb blasts and fragmentation. Fragmentation or debris from an exploded structure is the number one source of injury in a bomb blast. The technology in PAXCON is formulated to mitigate the effects of an explosion by containing the fragmented pieces of the building. The same is true for bullet fragmentation or spalling. After striking an armored plate, a projectile will spall into deadly shrapnel that can cause further injury. PAXCON allows the bullet to penetrate the coating but as the bullet hits the armor and spalls, the coating contracts to catch and contain the fragments. 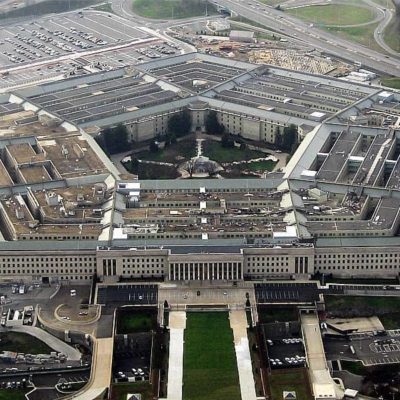 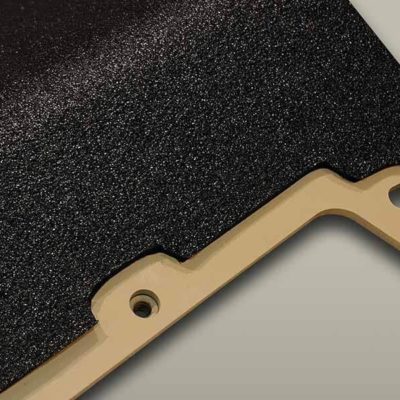 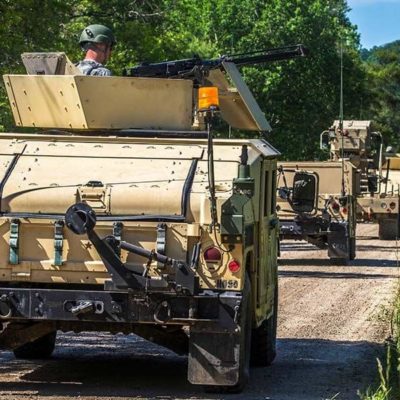 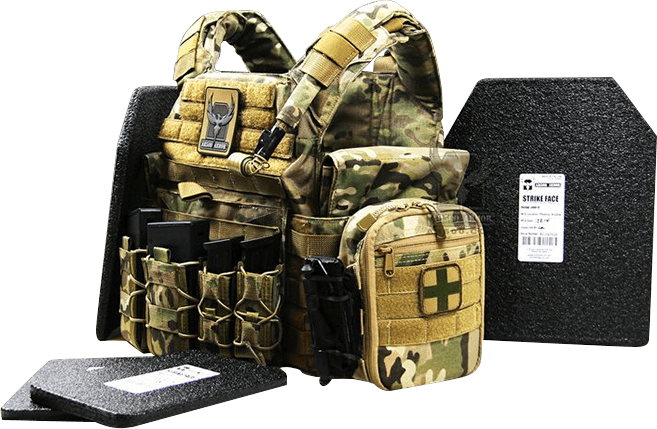 During a ballistic attack, most severe injuries occur, and a significant amount of lives are lost, due to ballistic fragmentation or spalling. PAXCON mitigates this problem by encapsulating the fragments, which will remain trapped in the PAXCON material, posing no secondary damage. PAXCON can be sprayed over virtually any surface hard enough to cause a projectile to spall, such as aluminium, ceramic, or steel. 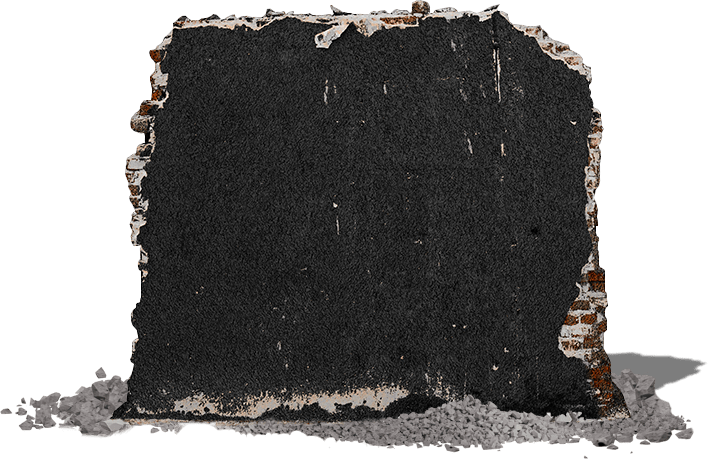 Known in military and research circles as an Energy Resistant Coating (ERC), this PAXCON coating is incredibly strong yet flexible enough to bend with the substrate. This means that walls outfitted with the unique PAXCON coating can withstand explosions up to 20 times greater than a normal, uncoated wall.

PAXCON partners with the industry’s most respected testing and research laboratories in the world to analyse PAXCON’s revolutionary military and defence coatings. The results from these tests below further demonstrate the revolutionary protection and durability that is PAXCON. 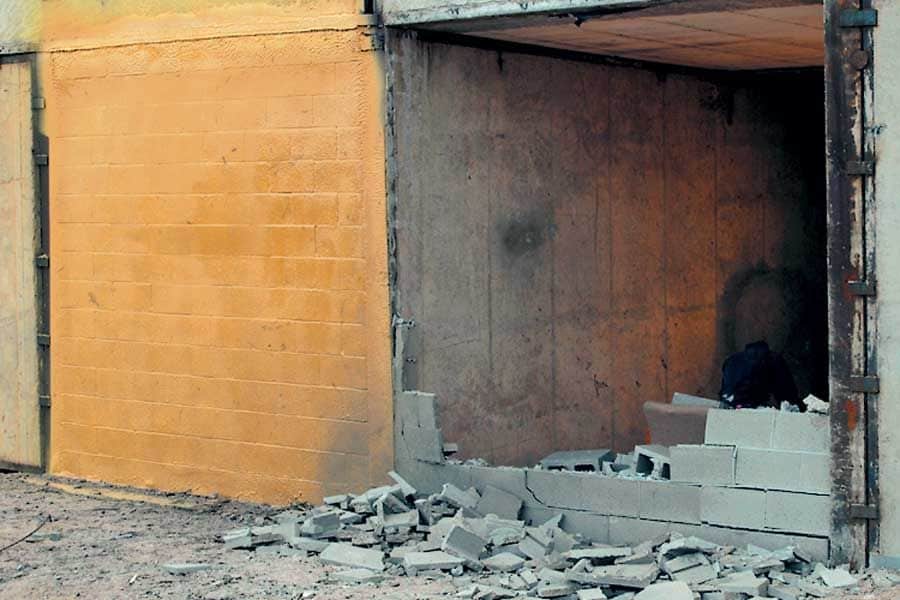 At F.P.E.D., PAXCON was demonstrated daily and endorsed by Air Force representatives and encouraged LINE-X to tell “the world” that PAXCON was the only coating, out of 27 selected, to pass ALL of their bomb blast tests.

At the demo site, two 9' x 9' walls were erected as the “typical construction that one would find on mobile military buildings ... used extensively in Southwest Asia by the U.S. Military.” These were constructed using 2x4 studs, 16" on centre, corrugated aluminium siding, and particle board panelling. One of the two walls was coated with PAXCON. In this test, 50 pounds of TNT was used at a distance of 35 feet. The uncoated wall (white) was destroyed, while the PAXCON covered wall was unharmed.

The Air Force Research Lab, during a previous test, found that it took the equivalent of at least 1,000 pounds of TNT to “make PAXCON fail and even then it only tore the coating … fragmentation was still averted. PAXCON could save lives if applied to buildings subjected to bomb force.” 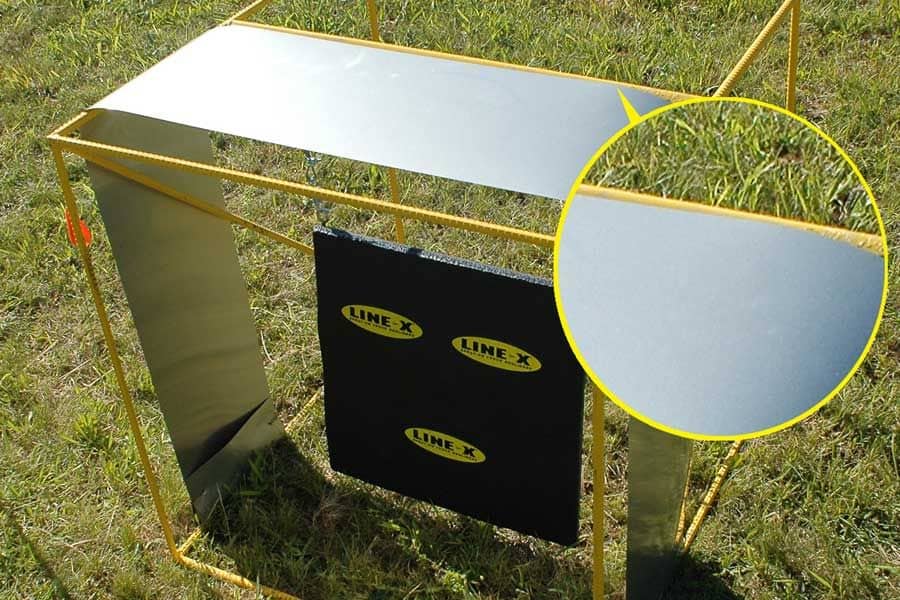 In September 2007, PAXCON was certified by H.P. White Laboratory, Inc., one of the oldest and most respected ballistic and research centres in the nation, for its ability to protect against spalling and fragmentation during a ballistic attack.

All testing was conducted on an indoor range at ambient conditions using various calibre ammunition. The test samples were sprayed with PAXCON material and rigidly mounted 60 feet from the muzzle of the test barrels to produce zero-degree obliquity impacts. The projectiles were encapsulated in the coating, posing no further damage from spalling or fragmentation.